When I was in my first year of college at San Jose State, three little brothers came to live with my parents in Montana.  One of those little boys, Jimmy Lee Wong, died yesterday mid-day.

Jimmy Lee Wong was the oldest of the three, eleven months older than Jerry Lee, who was eleven months older than Johnny Lee. Two of the boys were mentally challenged as was their mother. Their father, Lee Wong, was very old and had died only a couple of months before.  The boys had already been in three foster homes. Lee Wong was Chinese, thirty-five years older than Lucille Deserley of the Pembina Band of Chippewa under the leadership of Chief Thomas Little Shell.  Lucille, a beautiful young woman in the one photo I’ve seen, died in childbirth when the boys were just toddlers.

It was a couple of days before my Christmas break when Dad drove the boys from the Social Services office in Great Falls to our home in Lewistown.  When I arrived home from a long drive home from the Billings airport, Mom called them from their basement “suite.” They bounded up the stairs whispering to each other, hands over mouths, and lined up in the kitchen. I guessed which name went with which boy. What I remember most is their eyes. Against their copper/olive skin, their eyes were big, round, and almost black.

Everything the boys brought with them, all their worldly goods, the entirety of their belongings, fit in two cardboard boxes and one Chinese trunk.  The trunk was almost empty except for an envelope of ten pictures, a couple of books, and a ginger jar they gave to Mom. The boxes contained a few pieces of clothing each and some old pots and pans. No coats. It was December in Montana and there were no coats.

Mom issued a “please help” to the ladies of the church. Those women blessed us and  gathered good coats, jeans, shirts, and shoes. Mom sent me on a run to the five and dime (Woolworth’s, I think) for underwear. When the manager saw my pile of whitey tidies, tee shirts, and insulated pieces, he asked me who on earth I was shopping for. When I told him, he sighed and said, “I think we can afford a donation here.”

Those three didn’t talk much at first.  I coaxed them, and then they turned loose. Well, Jerry and Johnny became quite the conversationalists; Jimmy, not so much.  For all the years the Wongs were in the Blair home, Jimmy’s main communication consisted of “Good, Mom,” which he said after every meal, every snack, and “Mom, Mom, somebody farted.” Those two statements are etched into our family’s culture. We still quote Jimmy.

The years were good–and bad–to the Wong boys. Jerry and Johnny wound up in Tennessee when Mom and Dad moved back home. In his late teens, Jimmy developed schizophrenia in addition to his other challenges, and since the boys were unadoptable and wards of the State of Montana, he was moved by the State of California to Billings. He has been under the supervision of a caseworker as part of what we used to call sheltered workshops. It was a lucky move for Jimmy. He thrived there, always had some kind of job, and was eventually allowed his own apartment where he was found in the floor yesterday.

For the past several years, Jimmy came to Tennessee for Thanksgiving or Christmas. We always bought him DVD’s to add to his immense movie collection. As an older adult, all of the words he never said when he was a kid came out, constantly and with frequent repetition. He laughed loud–at anything and everything. He was excitable when talking about problems he may have had on his job or with some other member of the center. Almost every year, he wound up in the ER with an asthma attack.

The word from his caseworker is he died of a rupture in his esophagus where it meets the stomach, caused by Barrett’s Esophagus Disease and the cancer that followed. We had never heard that he had the disease nor the cancer. We just knew he had a lot of reflux issues, asthma, and heart problems.

He was visiting a friend in his apartment building yesterday morning and didn’t stay long. The friend said he’d make some coffee. Jimmy didn’t want coffee. He said he just wanted to go home. It wasn’t long until his best friend George went to check on him and found him in the floor. He was already gone.

Last night, after talking with Jerry several times, I emailed a scanned copy of written permission to the funeral home in Billings to perform the cremation. I explained that I have no legal right to do it, and that I was doing it at Jerry’s request. The woman said, “That’s okay, we just need a signature from a family member.” I didn’t offer anything else.

Jimmy Wong, you came to this earth for hard times, but it seems you finished well–with friends and family and helpers who loved you. In your voice, I’m saying, “Good Jimmy.” 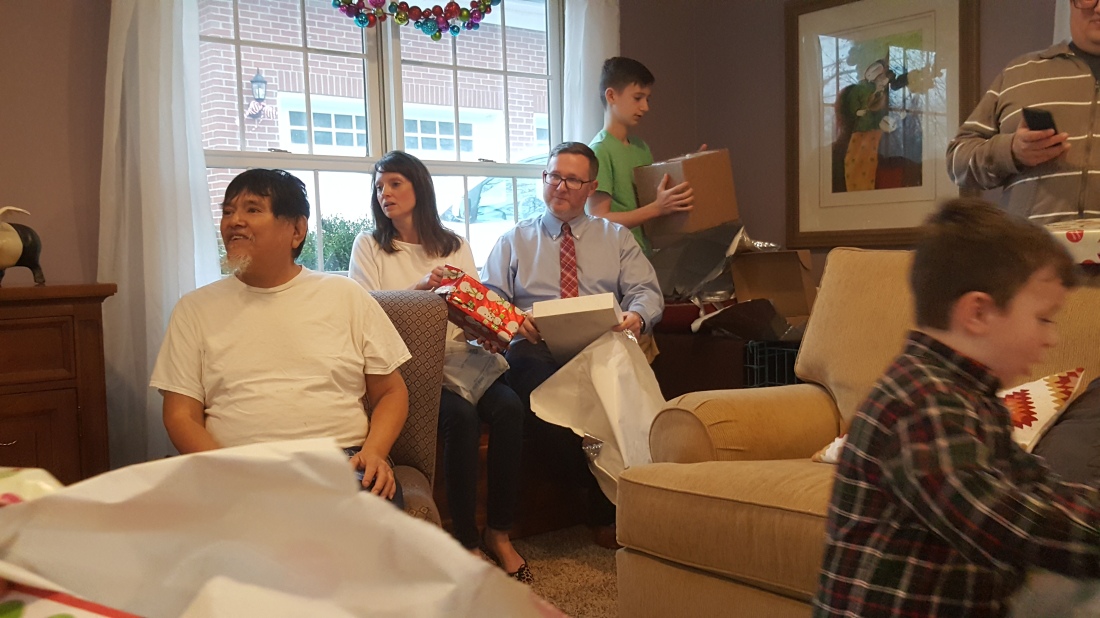