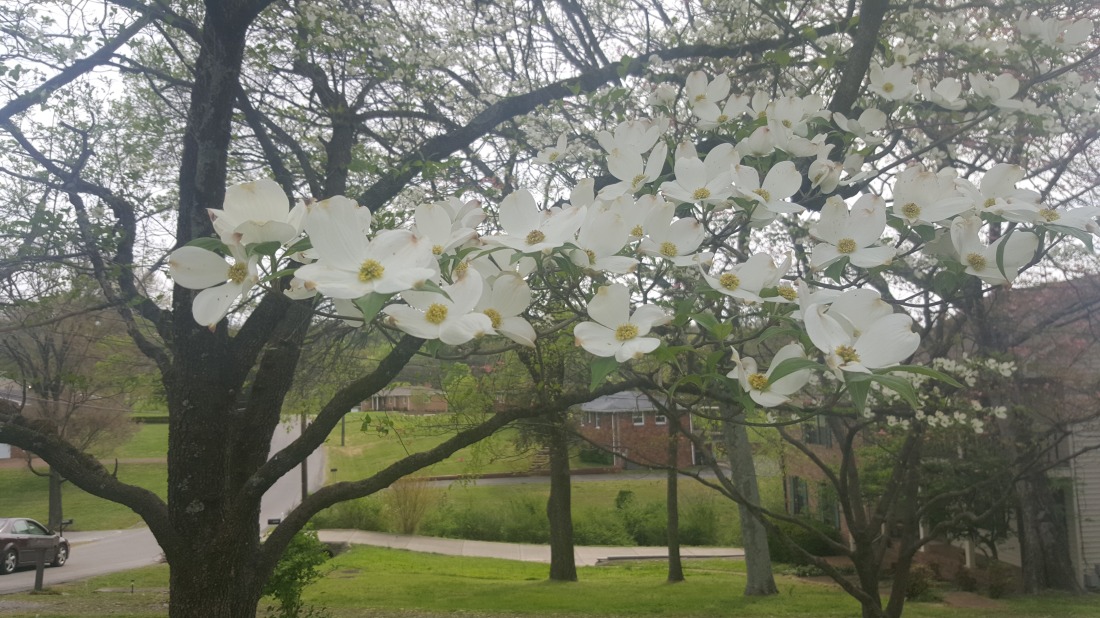 The March family birthdays came and went. Grandson Evan turned FIVE on March 2, a Monday. Mom and I got our annual physicals from Dr. Linda Bonvissuto that day. Dave had an assortment of doctor visits the rest of the week, so we planned to take Evan a present the next week.

China was overrun by the Coronavirus, more accurately identified as Covid-19. We had a few cases, and one of them had died on February 29.

I called my son John on March 7, his forty-fifth birthday. He seemed more surprised to be forty-five than I was to be the mother of a son that age. For some reason I can’t remember, I talked to my ex-husband the same day. He asked me, “Can you believe we have a forty-five-year-old?”

I remembered my fiftieth standing in my kitchen together when I solemnly told my mother, “I cannot be fifty years old.”

She answered, “Of course, you can’t, Darling. I’m only fifty-five.”

Our sons and their wives could not come up with a suitable March date to celebrate birthdays. The first half of the month, The Compound oldsters were taken up by physician visits and procedures. The kids and grandkids were so busy we decided to have birthdays for March and April at the annual Easter Soiree at The Compound. Jerry Wong’s birthday is March 29th and Vicky’s April 5. We’d have a big party!

The Easter gathering is a B.I.G. event. The grandkids show up in their finest, the girls wearing dresses I make. We hunt eggs, play games, and everyone gets a prize. Last year, we whacked the Easter Llama and wondered if that might be considered an inappropriate observance of the death and resurrection of our Lord.

This year, Carly, Savvy, and I shopped for patterns and materials in February, giving Grammy a good two months to get the outfits finished. This year’s color is lavender and the style is Fancy. We settled on a satin dress with a cut-out heart on the back and an overlay of tulle on a big skirt. Savvy’s mom, Anjie, and I really wanted more sparkle on that bottom but the price of sequined or patterned sheers was wild. Savvy and Carly seemed fine with the plain tulle.

By March 10, we suspected our Easter assembly might be iffy. Vicky and I talked about how we were going to handle the fittings. We thought maybe I could hang the dresses outside when I had them ready to alter, Vicky could pick them up, mamas could pin appropriately and hang them back outside for some of us to pick up, drop off, etc.

I decided right then I did not want to sew the expensive material this year. The lavender frock would have to wait until next year, but squirreled away in a bureau downstairs, I knew I could find cotton to sew some casual get-ups which, if they fit or didn’t, things could be fine.

Vicky told me she and her bunch were taking extra-precaution and were severely limiting their exposure to the virus. The President warned to limit group meetings to ten people. Since the virus is especially deadly to seniors, all the residents of The Compound upper section began to take sheltering in place seriously. Neil continued to work since electronics and communications are necessary jobs.

We began to order groceries online, some delivered and some to be picked up. All physician visits for March and April were cancelled, either by the respective offices or me.

We’re pretty well socked in. I’m attentive to everyone’s aches and pains. If it happens, I want to catch it quickly.

Jerry Wong and I talked on his birthday. We all sent greetings and Mom bought him a Walmart gift card. I’m still looking for the perfect piano books! He says he’s doing well but that he has broken his fast of travel for a trip to Walmart. “I didn’t stay long,” he said and assured me that he’s washing his hands and wiping things down with Clorox wipes.

It was no surprise when he asked me about playing Amazing Grace with two hands on his keyboard.

I stuttered a little. “I don’t understand what you’re asking.”

The conversation went downhill from there. I’ve taught music but that was not one of my finest explanations. I just didn’t know what he was talking about and not sure that he did, either. I do know where there’s a piano book with an easy version of Amazing Grace.

Vicky wants terra cotta pots for her birthday. I’m going to load up all that I can find here and figure out a way to do some more gardening stuff. Took care of John with a gift card yesterday. Now I have to deliver it. Evan gets another present, and Jerry Wong gets those piano books from Amazon.

I have this card (or maybe I had this card) that says something like, “Roses are red, Violets are blue, I’ll always be…[open the card] younger than you!” I can’t find it. 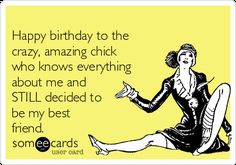 Mrs. Grillo and I became forever friends in seventh grade, some fifty-six years ago. My family had only been in California six months, living in Mill Valley where my dad was a seminary student. We moved to Pittsburg when Dad was called as Pastor of Temple Baptist Church.

It was the start of the second semester at Hillview Jr. High. When the gym teacher said “Raise your hand if you do not yet have a locker,” I replied something to the effect of, “My locker has done been possessed.” My Southern accent combined with the funny way I said it inspired a great roar of laughter from every girl in the room, including the teacher.

I didn’t mind. I had been miserable at the Mill Valley school where I started seventh grade. When the kids laughed at me there, I knew they laughed at me, my hillbilly-ness, my inferiority. I knew this because one of the teachers told me. But that first day at Hillview was very different. It was as if I made them laugh and that was great! Maura Jean Snyder laughed, too, and she’s laughed at me ever since. Lots of times, she’s cried with me.

By the time we hit Pittsburg High School, we were the ultimate teenyboppers. We adopted nicknames. She was Ja, with one of those long vowel lines over the a, I was Dee. We were wild about the Beatles, our fashion choices inspired by the British Invasion. We sewed military-style wool jackets. Mine was camel, hers was grey. We loved Motown and soul, handed to us on a platter in the diversity of our town. We could jerk and we could twine. We wore wheat-colored jeans and short-sleeved sweatshirts out of class, the dress code for young women denying pants of any kind in school. Except for dance days, and then a female person could wear pants and huge plastic hair rollers. I never caught on to the hair-roller thing.

When my father graduated from seminary and accepted an appointment with the Home Mission Board to Lewistown, Montana, I stayed with Ja’s family to complete my senior year.

We danced. Jean was much better than I, a seasoned champion roller-skater. Really. She was a U.S. champ. I danced anyway. Ja and I choreographed a mournful dance to a Barbra Streisand song about loss wearing wide-legged jumpsuits we made ourselves. Hers was olive green, mine was a burnt orange. When senior awards were handed out, she got one for Best Dancer, I got one for Most Improved. My boyfriend asked me, “Does that mean you were the worst in the class at the beginning?”

We went to San Jose State together. The second year, I went to Montana to stay with my folks for a year, and Ja pledged a sorority. The third year, Ja came to live with my family in Montana and I went to the University of Montana at Missoula. Ja rode herd on the Wong boys, my three little foster brothers. She loved it.

The fourth year, we didn’t go to any school. We married best friends. Her wedding was at the end of March, mine mid-May. She decided we should enroll in dance classes at a local studio. Ja and her husband became godparents to our first son Jade.  We moved to a farm in Norene, Tennessee when Jade was eleven months old. A year later, we went home to Montana for a visit. I was pregnant with John.

Ja and her husband, godparents again, came to Tennessee for the baptism when John was about five months old. Ja and I loved the visit, particularly the times when she and I could be alone with each other, two old friends catching up but not finding much to catch up on. After all, we had the U.S. Mail. We played cards after Jade went to bed, John sitting in Ja’s lap propped between the table and her middle.

She had previously told me that it didn’t look like she would have children. After seeing her easy rapport with Baby John at the card table, I bet her $5 that she would be pregnant in the next six months. Or maybe I bet her she would have a baby within the next year. I don’t really know which it was, although I’m sure she does. Just a few months later, I received an envelope from Montana. The only thing inside was a $5 bill.

There’s so much more–too much more, too many pages. A couple of girlfriends accumulate a lot of stories over fifty-six years. We divorced the best friends, went back to college (she graduated, I didn’t), worked hard (she became a math teacher–and then a math coach!), mourned losses, put kids through school, remarried, got grandbabies, and one day years and years after that first meeting in gym class, realized that we could not just call ourselves best friends.

We had begun to feel when things were going wrong with each another. We fret over each other’s husbands, kids, and grandkids. We research each other’s illnesses. We cry for each other when something’s not right. We give advice, solicited or not. We easily take or reject said advice. We whoop it up when joy arrives. We visit each other across the country whenever we can. There is never a day that either of us don’t think about the other.

Somewhere along the way, we became sisters.

I have called Mrs. Grillo very early every birthday morning. I’ve only missed a few, always for good reason. I missed yesterday. There was a good reason. I remembered at 7:00 Central Time. Years ago, I gave up the 5:00 A.M. call. It was just too early. Yesterday, I decided I would call at 9:00 o’clock, which would be 7:00 o’clock in the Santa Cruz hills of California. But then all hell broke loose, which is fairly routine around these parts, and I was caught up in the fray with my mind diverted.

Mrs. Grillo, the day event went more downhill, so to speak, or I guess Dave went downhill as he fell into the ravine. After the neighbor and I fished his bloody self out, I took him directly to the ER. He’s fine, no worries. He got stitches where he face-planted a stump, and he’s a tad sore all over.

I’ll be on Message+ or the phone later to tell you the rest of the story. I’ll make that happen before this day is over. It may actually come in another blog post.

I love you, Sis, and hope you had good stuff at Little Italy–Is that the name of that restaurant? No, I think it might be Little Napoli. Now I know you had some cold bubbly, and I toasted you with some Jack and Coke. Did you feel it? 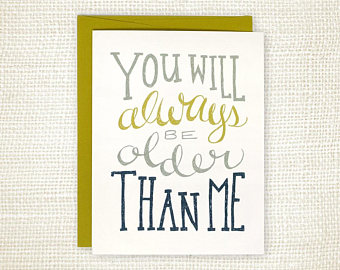